How to develop high-performance teams 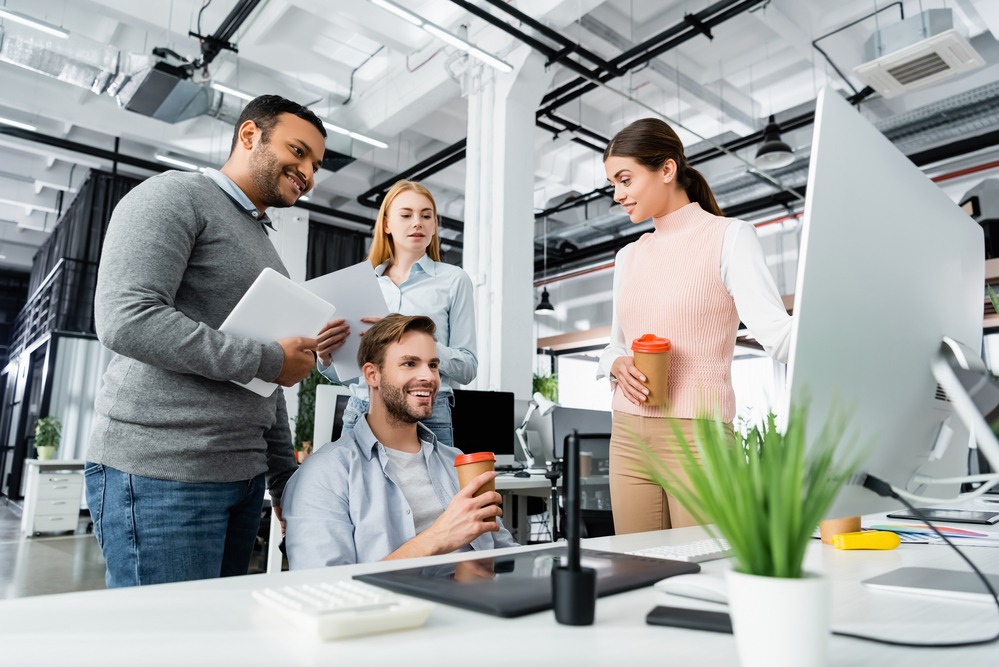 In 2012, Google launched a monumental internal project with the code name ‘Project Aristotle’. Its mission was to discover the formula for high-performance teams.

The project’s topic has long been a focus of business and management studies. In fact, high-performance teams were one of the top 10 most covered subjects in the Harvard Business Review between 1976 and 2016.

Why is there such a continued fascination with top-performing teams?

It has to do with happiness. Research indicates that top-performing teams exhibit high-performance qualities such as cross-functional collaboration, mutual respect and psychological safety. When they do, they are “60% more likely to achieve more, faster” and “80% more likely to report high emotional wellbeing” according to Atlassian’s research.

What’s more, University of Oxford research suggests that happier team members could be 13% more productive than their less happy counterparts.

In the case of Project Aristotle, Google researchers made some interesting discoveries about what high-performance teams look like.

The characteristics of high-performance teams

Google’s Project Aristotle researchers found high-performance teams had the following five key dynamics in common. And as the philosopher Aristotle is thought to have said, “the whole is greater than the sum of its parts”.

Researcher Ann Edmondson originally defined psychological safety in the workplace as “a sense of confidence that the team will not embarrass, reject or punish someone for speaking up.”

According to Dinesh Mohan, senior product manager at Wyda, psychological safety needs to come first for teams to be effective.

“Once you have psychological safety, you can collaborate, be honest and share your vulnerabilities.”

The research indicates that psychological safety in teams is well worth it. According to Edmonson, “Psychological safety has been found to help teams overcome the challenges of geographic dispersion, put the conflict to good use and leverage diversity.” In today’s complex and volatile business environment, benefits like these are invaluable to company success.

According to technology giant Google, dependability is when team members can rely on each other to complete their work on time and to the highest standards.

Researchers Haas and Mortensen advocate in Harvard Business Review for establishing clear norms within teams so that each team member understands exactly what is expected of them. As a result, dependability can increase.

Dinesh says that team members need clarity around the work and who is responsible for each task.

“When you have structure and clarity in a team, you have a clear set of roles and responsibilities, and you have delineated exactly what each team member is going to do.”

Often, teams can be quick to equate failures to a lack of accountability. In fact, the issue often lies in a lack of clarity on expectations. As Brene Brown suggests, a team that doesn’t know what ‘done’ looks like, is not a team set up for success. Brown goes on to explain that providing expectations, intention and context, will allow for growth and learning within high performing teams.

A recent Harvard Business Review article by transformation experts Satell and Windschitl states that high-performing teams need to be:

“diverse enough to be innovative but cohesive enough to work together smoothly. Our work with high-performing organisations has shown that the best way to do that is by building a culture of strong, shared values.”

Dinesh agrees, saying that high-performance teams demonstrate shared meaning, vision, values and objectives. “With these in place, each team member knows what they are trying to drive towards.”

“Each organisation needs to think about how it can be impactful to society and ask questions such as ‘How are we delivering impact beyond the day-to-day?’ and ‘How are we contributing towards the greater good?’”

The good news is that taking a triple-bottom-line approach of people, profit and purpose can boost team performance. Research suggests that CSR initiatives can positively impact team performance by increasing self-esteem amongst team members.

Despite Google’s high-performance team model having the potential to empower teams, Kate Kesby, founder and CEO of WYDA, says it is missing one key component.

“The thing that I would add is learning. High-performance teams are those that are constantly learning,” she says. 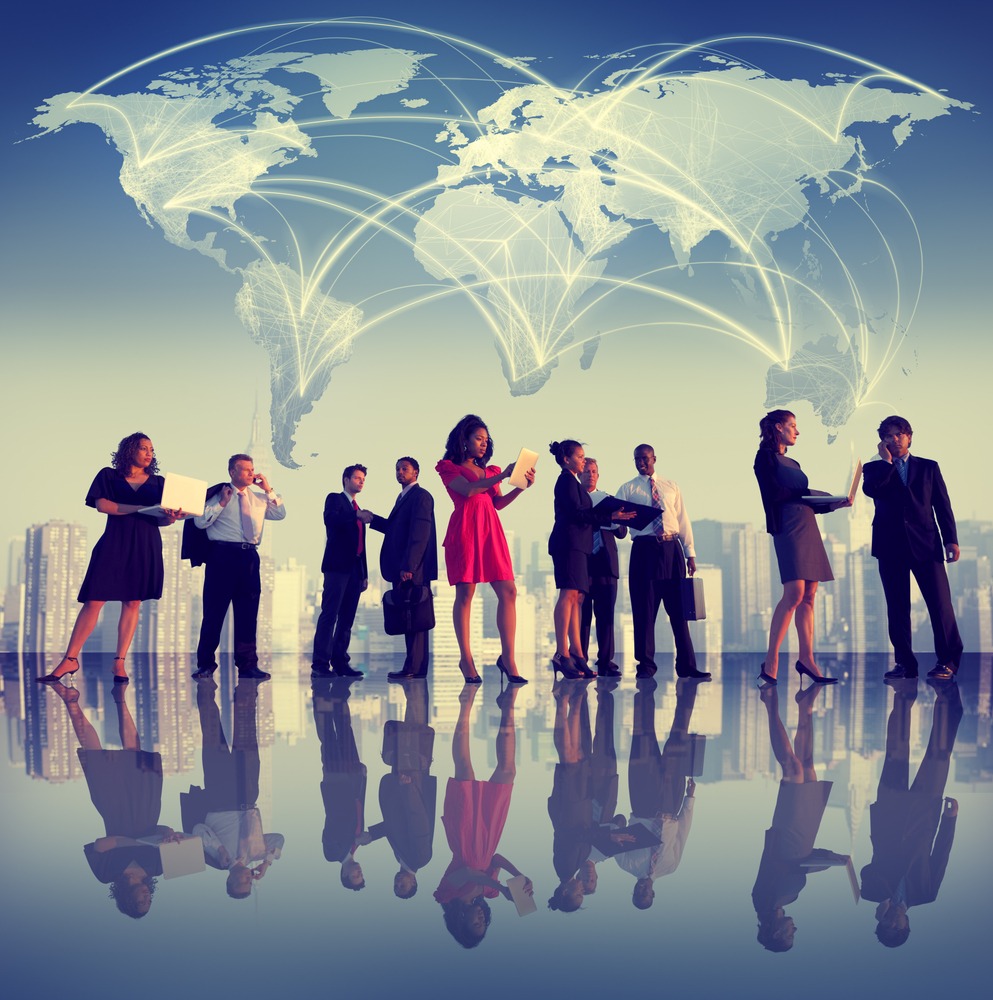 A key challenge for high-performance teams

Countless studies have also shown that diverse teams produce better outcomes. However, despite the benefits, diversity can also pose challenges for teams, such as:

If not managed effectively, these challenges can reduce team performance. And when the key dynamics of high-performance teams are missing, such as psychological safety and shared meaning, teams can start to struggle.

It’s important to be able to identify what struggling, underperforming teams look like to bring them back to health.

Kate says that attrition is a red flag for underperforming teams.

“The worst thing that happens is when your high performers leave, but underperformers stay and hide. What you then have is compliance rather than a commitment from the people that remain.”

As a result, Kate explains that the remaining team members can become unwilling to ask questions or to speak up about what they think is the right thing.

“Instead of having open dialogues, team members start to just execute on what they’re told, which doesn’t help anybody,” she says. “Or struggling teams descend into an outright conflict where people just aren’t willing to integrate the views of others into their own. They become siloed, doing their own thing.” 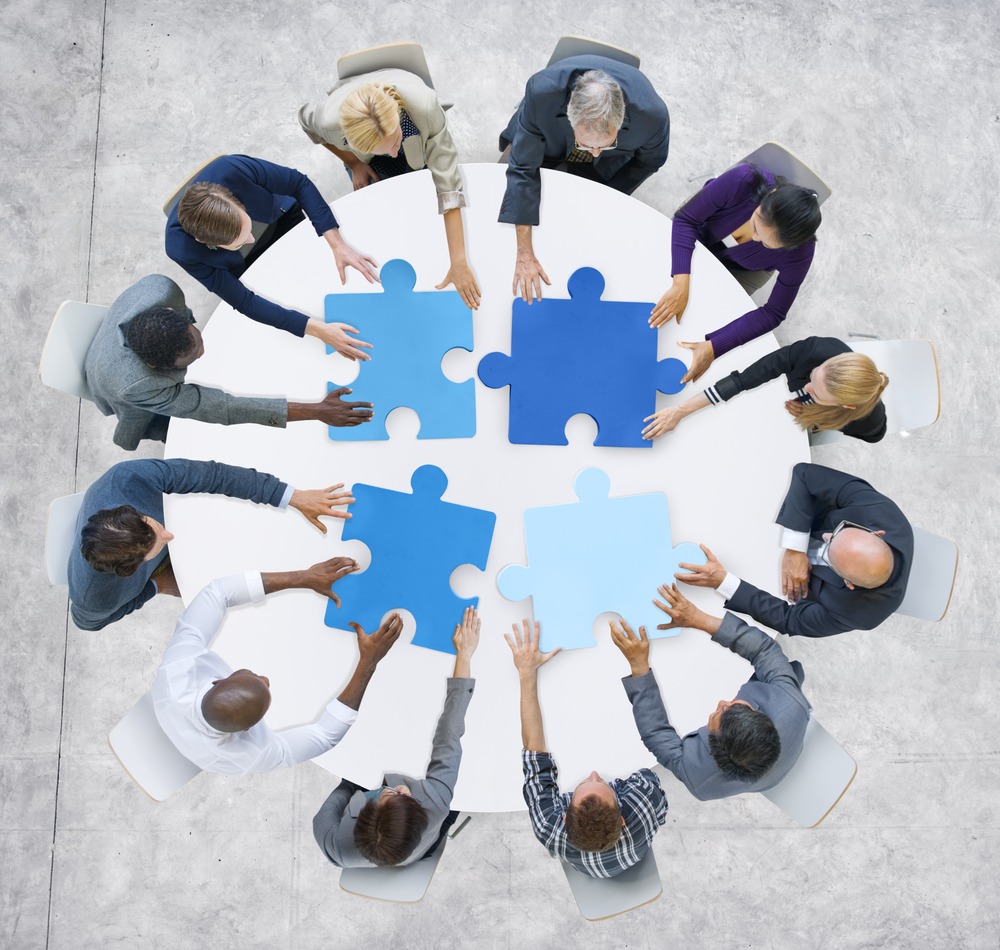 How to transform underperforming teams into high achievers

Wyda’s immersive business simulation training can help teams to develop all of these characteristics.

In the game, team members take on the roles of each executive at the fictional company called Ada. In becoming executives, players experience the pressures and responsibilities of the roles firsthand and come to understand their teams.

Kate says that in its simplest form, the game gives team members a much broader perspective of what’s actually occurring within organisations. This helps to build the business and provides team members with a greater understanding of what drives their people.

“It helps you to become a bit more in tune with what drives people in your organisation. You get to understand other team members’ perspectives, why these things are important to them and what you need to accommodate and be aware of.”

As Kate explains, playing the game helps develop self-awareness. “When players experience making tough business decisions, they learn what it feels like, why team members might react in a certain way and what their leaders may be going through.”

Self-awareness and empathy are the building blocks of psychological safety, which, in turn, helps build high-performance teams.

Another key learning aspect incorporated into Wyda’s solution is self-reflection. After each scenario is completed in the game, players are asked to reflect on what they’ve learned and how it applies to their role in the organisation.

“Self-reflection helps players commit learning to memory and inform behavioural change,” Kate says. “In the simulation, players can join the dots on how their behaviours directly influenced outcomes in the game. It may help them to be more open to recognising blind spots that they have and how their behaviour impacts decision-making.” 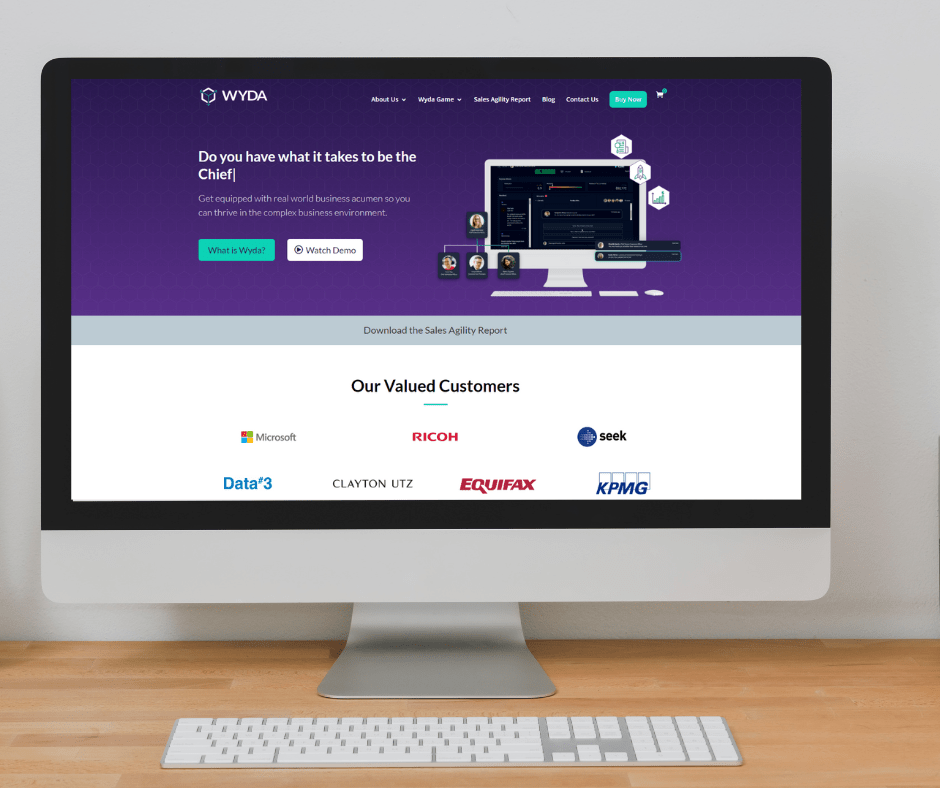 Give your teams a ‘Wyder’ perspective

Get in touch today to discover how your team could benefit from gaining a Wyda perspective.